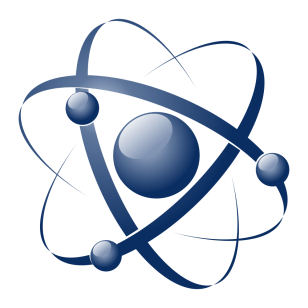 Crisp Resolution Integrated Stereo Audio Line (C.R.I.S.T.A.L.®), started out as a precision stereo mastering and encoding technology (better known as C.R.I.S.T.A.L.® Master Audio) developed by Dr. Daniel Foo, founder of GECKO MUSIC GROUP. It enables music file that is being converted and encoded with this technology sounding like the master source itself, if not better. The C.R.I.S.T.A.L.® Master Audio technology involved an ultra-wide dynamic spectrum enhancement for the original expressions of music, without altering or losing its original tonality and values, achieved based on pulse amplitude modulation (PAM) theory.

The C.R.I.S.T.A.L.® technology allows lossless conversion to major frequencies of 32, 44.1, 48, 88.2, 96kHz and higher, across different bit rates and file formats. On a regular disc, the encoding stage involves a propriety-burning technique that has a rate of more than 2.8224 Mbps/Ch. 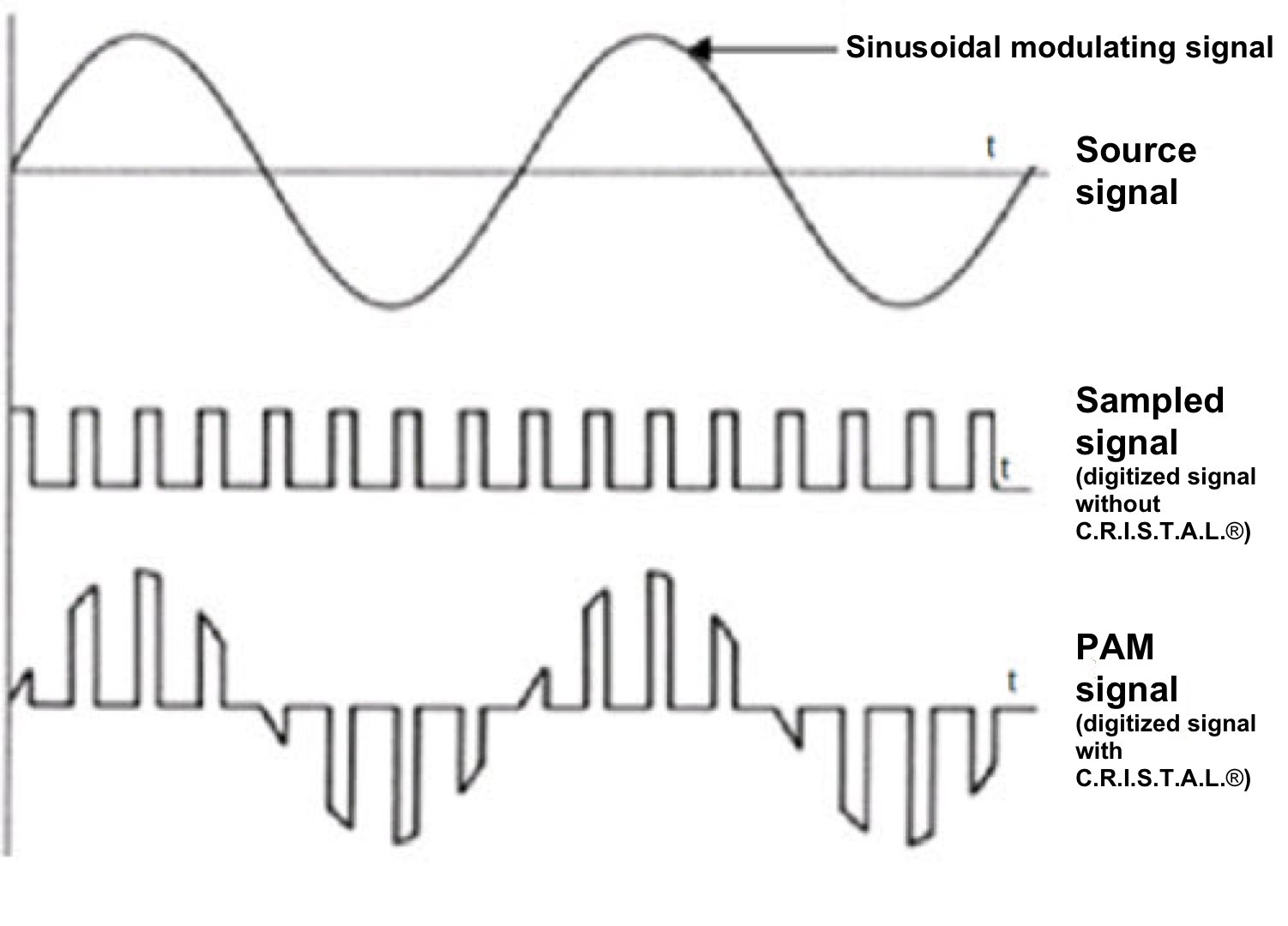 Engineers and audiophiles have one thing in common when it comes to amplifiers. They want a design that provides a strong balance between performance, efficiency, and cost.

Class-H is a quest for improved efficiency over the classic Class-AB, Class-D and Class-G amplifiers. Class-H amplifiers take steps further creating an infinitely variable (analog, not digital) supply rail (they are sometimes called rail trackers), achieved by modulating the supply rails so that the rails are only a few volts larger than the output signal "tracking" it at any given time. The output stage operates at its maximum efficiency all the time. This is due to the circuit's ability to keep the rail transistors (T2 and T4) in cutoff until a music voltage peak is of sufficient magnitude to require the additional voltage from the + and -80V supplies. See the figure below. 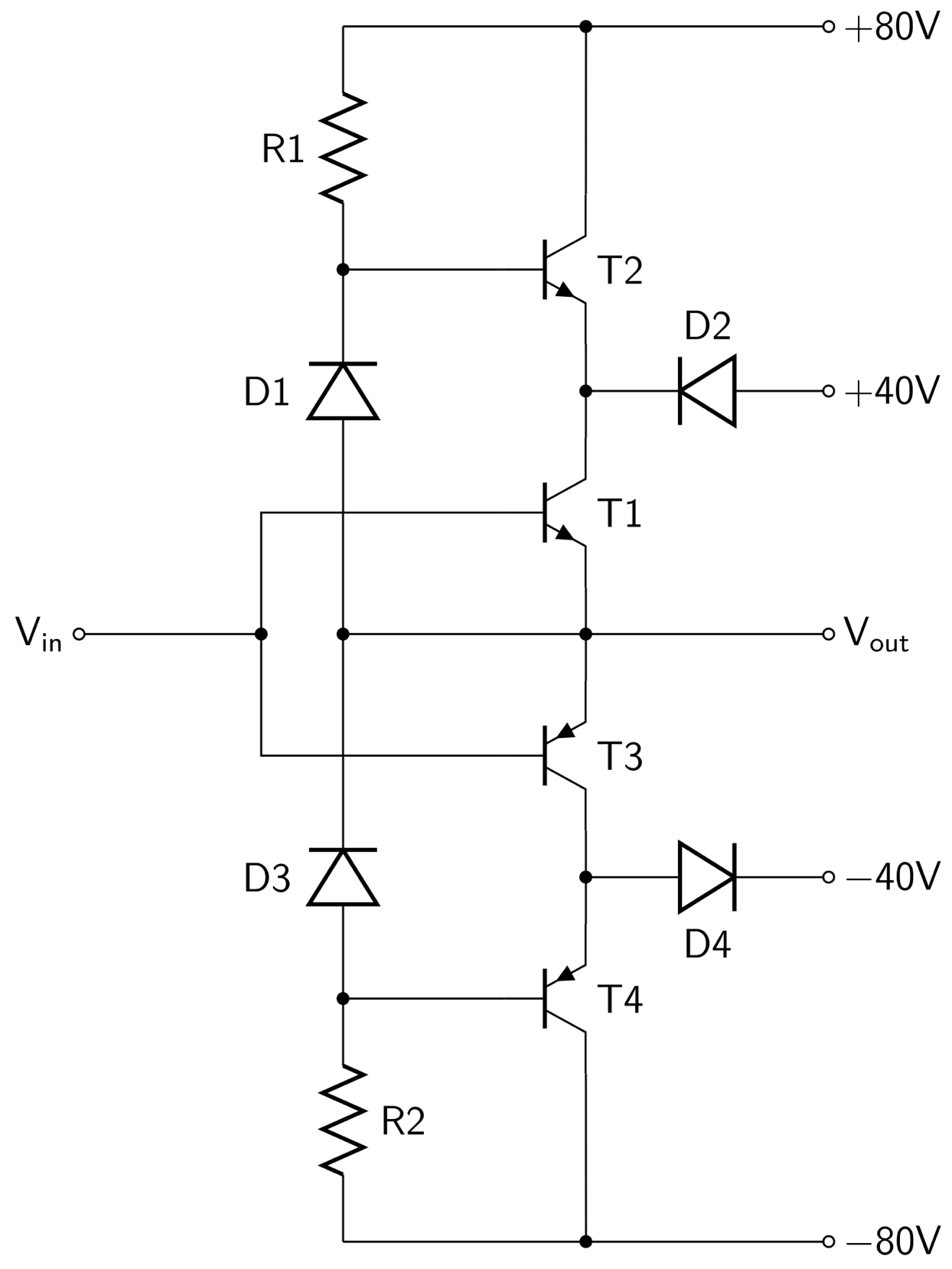 The Class-H amplifier can actually be thought of as two amplifiers in series. In the schematic example shown by the figure, + - 40V rail amplifiers can produce about 100 Watts continuous into an 8 Ohms load. If Vout music signal is operating below 40 Volts, the amplifier only has the losses associated with a 100W amplifier. This is because the Class-H upper device T2 and T4 are only used when the music signal is between 100 and 400 Watts output. The key to understanding this efficiency without churning the actual numbers is that we have a 400 Watts capable amplifier but with the efficiency of a 100 Watts amplifier. This is because the waveforms of music contain long periods under 100 Watts and contain only brief bursts of up to 400 Watts instantaneous; in other words, the losses at 400 Watts are kept minimal.

GECKO® deploys 2, 3, 4, and 16 tiers C.R.I.S.T.A.L.® Audiophile Class-H designs on its products over the years. Each tier represents an audio “cell” or "band" over a sound spectrum. Example: 16-tier means an audio spectrum is being processed by 16 independent cells or bands, thus the very high audio accuracy and performance efficiency.

With the precision nature of C.R.I.S.T.A.L.® technology, our engineers are able to design high-efficiency woofer, mid, and tweeter that are able to project consistent in-phase acoustic energy dispersion control to produce a huge amount of precise sound with a very wide sound coverage area, coming from a smaller power rating loudspeaker. This phenomenal discovery is which GECKO® named C.R.I.S.T.A.L.® WaveGuide.

Based on the C.R.I.S.T.A.L.® technology, this circuitry automatically calculates the needed SPL and amount of in-phase acoustic energy dispersion. Mainly used on the GECKO® REVELATION SLA 812RA/818WA line array.

The circuitry emulates what C.R.I.S.T.A.L.® Master Audio does. Mostly deployed on GECKO® mixing consoles and peripherals.