Transition is an award-winning British rock band and the frst UK band nominated for an original Mandarin music award (Taiwan’s prestigious Golden Indie Award) in 2014. They create music that is a fusion of eastern and western musical language and infuence. Their roots are in Bristol, U.K, but they combine this rock foundation with Asian rhythm and melody, producing songs that have inspired and touched audiences from both sides of the globe.

Transition spent three years living and performing in Taiwan and that had a profound effect on their lives and music, especially their song-writing. After collaborating with many prominent stars in the Taiwan scene, they wrote their frst Mandarin song ʻSorry My Chinese Isnʼt so Goodʼ, which became an instant YouTube hit. It now has well over 3 million views and is an anthem for all foreigners learning Chinese. A hit Mandarin album ‘Kua Yue’ followed in December 2013 which involved several well-known fgures: Jay Chou (arrangement advice), Wing Lo (lyrical assistance) and the bandʼs long- term friend, Sam Bell (REM, Robbie Williams, Taylor Swift).

Since then they have toured signifcantly in cities all over mainland China, played packed out shows in Taiwan, including at the Chang Kai Shek Memorial Hall in Taipei and even featured as special guests at London’s Trafalgar Square Chinese New Year Celebrations. After more Mandarin album releases and performing at the Golden Melody Awards in Taipei, the band won the Hurun Outstanding Contributor to UK-China relations in 2018. More adventures beckon as a new single ‘Journey Together’ is released in 2020 with new music scheduled for release in 2021.

“I am always excited to record through my GECKO® SATELLITE SRM 2020 C.R.I.S.T.A.L.® Audiophile condenser microphone! It is an awesome piece of equipment, delivering a pure and accurate sound, particularly strong when used for recording vocals and acoustic guitar!” 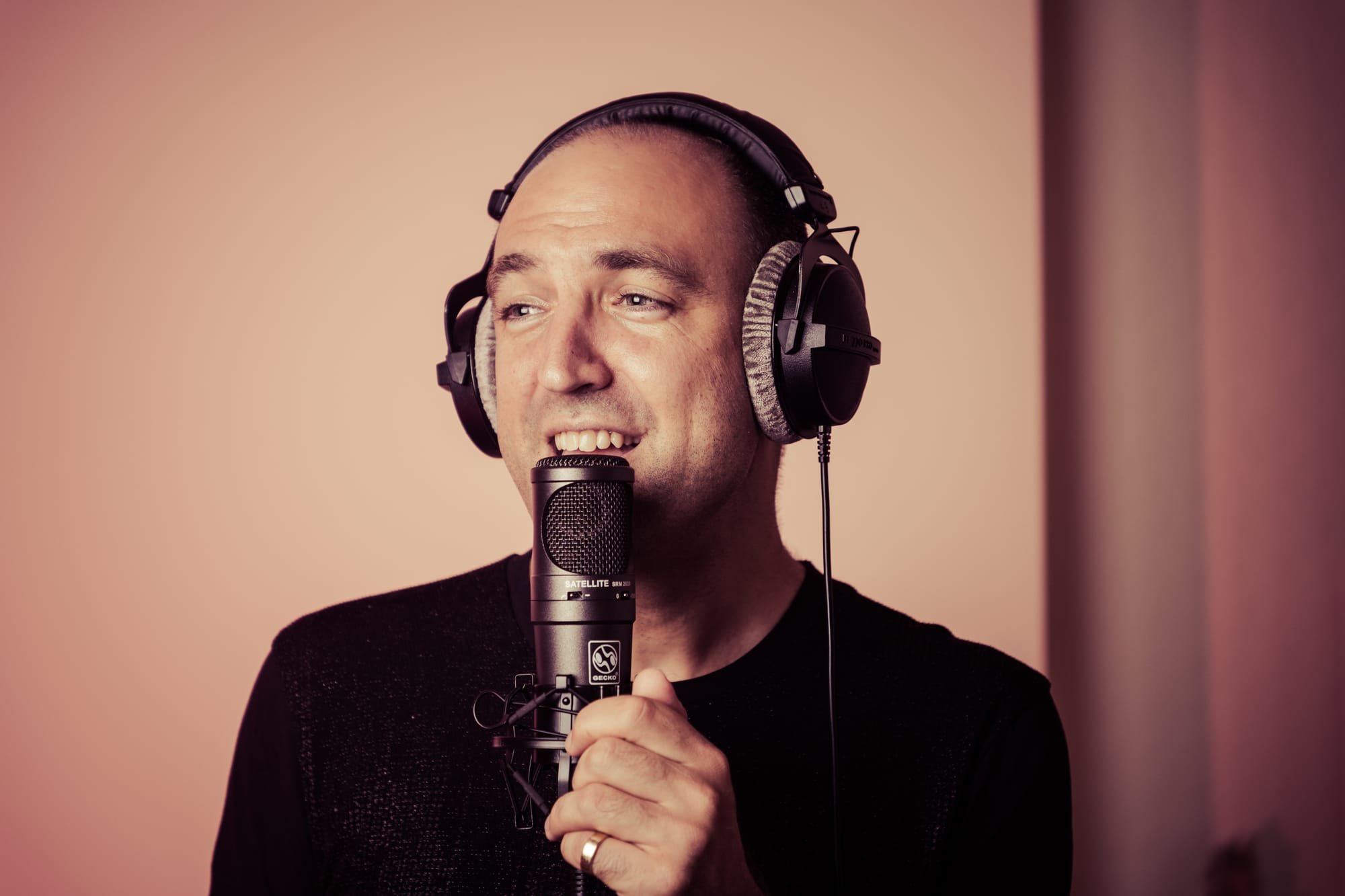