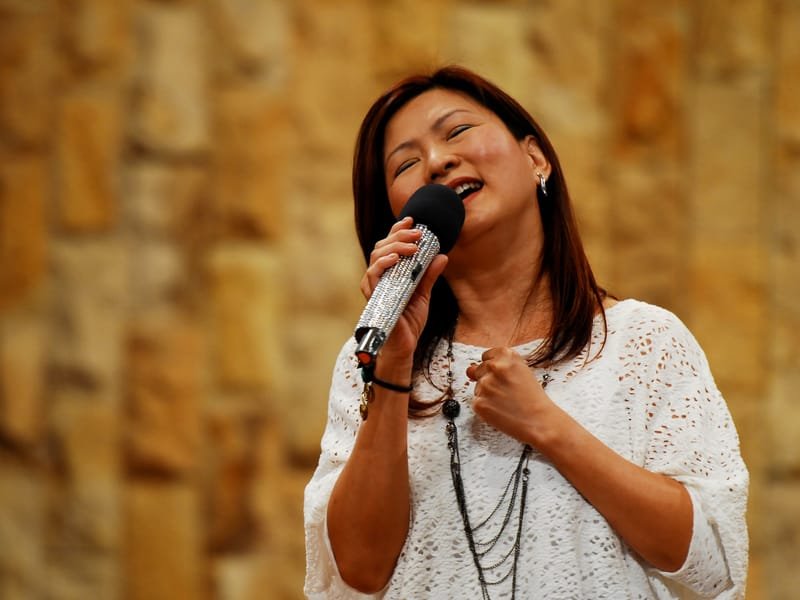 She was one of three members of the famous Mandarin pop group The Blossom, also known as 三朵花 in the '80s. Amy's solo career has soared ever since she made a come back in 2006, seen through the many TV shows, concerts, and albums being produced as well as other professional engagements in the Asia-Pacific region. Amy uses her artist signature series GECKO® PASSION series wireless microphones system, ETERNITY CMP 2408 compressor/gate, UTOPIA series digital multi-effects unit, TRUTH T3AL audiophile-grade signal cable, and OLYMPIAN and AUDIOPHILE series audiophile-grade connectors to complete the GECKO® C.R.I.S.T.A.L.® Audiophile system she is touring with. While in the studio, she uses the GECKO® MAESTRO HRM 1881PRO C.R.I.S.T.A.L.® Audiophile reference headphones and the GECKO® SATELLITE SRM 2020 C.R.I.S.T.A.L.® Audiophile condenser microphone for all her vocal recordings.

“I have been involved in the music industry since the early '80s. As an artist, I have performed live on national TV in different countries, recorded in large studios, performed in the best concert halls around, and I have personally owned and experienced different levels of systems and sound qualities. When I was introduced to the GECKO® C.R.I.S.T.A.L.® Audiophile systems, both in the recording studio and live settings, I was blown right away by its clarity and natural sound reproductions, something that I have never experienced before in my years of being a professional artist in the industry!”